Elena Zaslavskaya: I have long dreamed of an educational project

Lemonade is a sweet non-alcoholic drink. It is made from lemon fruits. 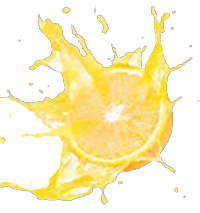 Executive Director of the Zionist Federation of Ukraine Elena Zaslavskaya - about the guests and participants of the new on-line project “Limonad” and other projects.

— The fact is that on March 15, 2020, the Zionist Federation of Ukraine, whose executive director I have been for five years, has been planning a big conference,” says Elena. – Its name is “Alef Bet Zionism”.

We expected more than 20 foreign guests: the heads of the Zionist federations of Belgium, Sweden, Denmark, Bulgaria, and many Israelis were to come. Representatives of the embassy of Israel were to speak. We were supported by the Department of Diaspora in World Zionist Organization, whose representatives we also invited, the UAI, Ariel University, the National Library of Israel and many others. We were helped and supported by the whole office of the Vaad of Ukraine, headed by Josef Zissels, whose report was also to be presented at the conference. To host the event, Tavrida National V.I. Vernadsky University was opened.

An extensive program has been planned: two flows of reports, many Ukrainian participants. We have been preparing day and night in the truest sense. But an epidemic intervened in our plans, as well as in the plans of many other organizations. And the conference had to be canceled three days before it began. It was very upsetting - so much effort, time, and most importantly - ideas. For me, an idea is something with which it is hardest to part.

And we decided in spite of the circumstances to hold a conference anyway. To hold it online. Why present in one day what you can calmly do for a long time, especially when the whole world is quarantined. And so a studio called "Limonad" was born.

Its seemingly frivolous name is associated with the famous expression that Dale Carnegie cites in his book: "If you got a lemon, make lemonade out of it." This expression, it seems to me, most accurately describes the situation in which we all found ourselves in recent months. We simply have no other choice but to tame the circumstances and try to benefit from the situation in which we are.

And the work began. The studio page in the FB appeared. I made all the logos and wrote the releases. And then it started.

During these months, the guests of the studio were Ariel University professor Zeev Khanin, historians PhD Sergey Hirik, PhD Lyudmila Pavlenko, PhD Nadezhda Ermakova. The co-president of the Vaad of Ukraine Josef Zissels, the head of the Zionist Federation of Sweden Saskia Pantell and the rabbi, the 19th Knesset deputy Dov Lipman made speeches. Presentation of a new musical Yiddish songs project was conducted by Efim Chorny and Polina Shepherd.

It should be noted here that in comparison with the 20 minutes that we gave each speaker for lecture in the hall, our guests are not limited in time in this format. They calmly set out the material and answer many questions. All meetings are recorded, they can be viewed, with the exception of those reports whose materials are protected by copyright and cannot be presented outside of our audience.

— On Tuesdays in the studio "Limonad" there are meetings with Josef Zissels. But, as far as I remember, they were not included in the conference program.

— Yes, these are really not a part of a conference program. The fact is that shortly before quarantine began, the leadership of the Institute of Philology and Journalism of Tavrida National V.I. Vernadsky University (Kiev) invited Josef Zissels to give a course of lectures for students. And since I’ve been collaborating with the Institute for more than a year, I involuntarily turned out to be involved in this process, although initially my participation was not planned.

And with the beginning of quarantine, when work in audiences became impossible, we began to conduct Josef's lectures in our studio, too. Now the main course has already been completed, but new ideas have appeared, as well as many topics that our vibrant life throws us, so I hope we will continue our work. It must be said here that, thanks to the open course, many people who are interested in the subject matter of lectures have joined the students of the University, and earlier they had no opportunity to hear this unique material live, and, importantly, the opportunity to ask Josef a question in real time. We have also significantly expanded the “geography” of our work: now residents of different Ukrainian cities, Israelis, and not only they, are joining us.

Recently, blogger Nestor Volya and the Ukrainian Association of Bloggers have been actively helping us. Thanks to their help, the broadcast of meetings with Josef Zissels is conducted through a YouTube channel to actually all of Ukraine, and when topics such as the situation around the construction of the memorial in Babi Yar or the issues of the coronavirus epidemic are discussed, our common work acquires not only public but also political significance.

— Who today makes up the studio audience?

— The main thing in any project or program is permanent participants. There is a fairly large group of people who “come” with interest to all our meetings, actively participate in them, ask questions, and comment.

The work of the studio literally expands the audience, not limited to a single class or hall. We are open to new ideas, and they do not have to be connected with Jewish themes.

For example, we conducted two wonderful video tours of Victoria Shevchenko, a meeting with the head of the Xenophobia and Anti-Semitism Monitoring Group, political scientist Vyacheslav Likhachev, philologist Olga Sharko, who spoke about the newspeak in advertising, journalist Inna Tsaruk. Soon we are waiting for Rina Barbut, the head of one of the Microsoft departments in Israel.

— In what direction will the studio develop?

— I’ll tell you in confidence - I have long dreamed of a large educational project that would include both our studio “Limonad” and the Conversational Hebrew Club, which today, by the way, in the on-line system, ends the fourth season – of something more large-scale, wide, multifaceted. I clearly outlined the  listening public, and I understand who we can invite as lecturers.

And no doubt, I rely on our wonderful team, because no one can ever do anything alone - I rely on our common energy, on friends and like-minded people, and of course - on luck - how can it be without this!

A project by Elena Zaslavskaya